For Ecommerce
For Creators
Menu
Contact us
Login
Menu 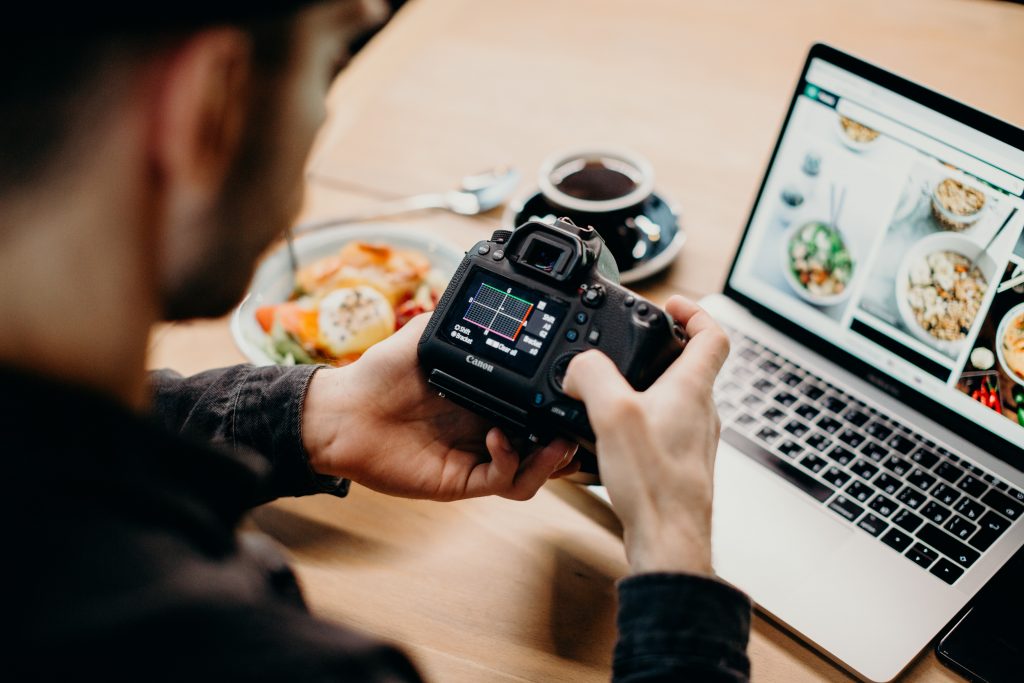 When it’s done right, influencer marketing can return $20+ for every $1 invested. It can also drive sales, boost brand awareness, and increase social media engagement. That’s because we like buying things based on the suggestions of people we trust. After all, nearly a third of us make purchases after seeing an influencer we love posting about it.

But, influencer fraud can cost brands hundreds if not thousands of dollars. We’re talking fake followers, fake engagement, and even fake influencer personas.

It’s a huge problem and it’s intimidating, especially for marketers. That’s why it’s critical you know how to spot fake followers and influencers from a distance before it’s too late. And that’s exactly what we’re going to cover. Here’s a sneak peek inside:

What are fake followers?

Fake social media accounts (at least, the good ones) look and feel real. They have tons of followers, lots of engagement, and a curated content collection. But when you get down to the data, it’s all fake. The followers, the engagement, and sometimes the persona — it’s all made up. And when Instagram followers aren’t real, the influence isn’t real either.

Wannabe influencers can buy followers on Instagram for as little as $50. There are two types of fake followers:

Fake profiles go pretty far to look as real as possible. They’ll scrape the Internet and Instagram to find personal information from other accounts. Then, they’ll pose as real people to appear genuine and authentic.

And the reason these fake profiles go so far to look real is that if you can pull it off, IG fraud is a lucrative business.

More on that in a minute …

But no matter what, fake influencers will never have what the real ones do:

Engagement measures how followers interact with influencers and their content. Think likes, shares, and comments. And in most cases, fake followers don’t engage the same way real ones do. After all, fake followers aren’t actually interested in what an influencer has to say. This brings us to the real question …

We know what fake followers are and we know why they’re bad for business. But what we haven’t talked about is why influencers buy them anyway. So let’s break it down.

Influencers can make a lot of money, and wannabes want in on that. After all, influencer marketing generates millions in revenue across the globe. And if there’s money to make, everyone’s going to show up — the good, the bad, and the frauds.

Influencers want instant gratification. It takes time to build a strong profile and earn loyal followers. It’s a labor of love and it (usually) doesn’t happen at the snap of a finger. But not everyone’s patient, and it’s easier to buy more followers than it is to earn them.

Influencers mistakenly value followers over engagement. Sure, followers are important. But what some influencers don’t “get” is that the game has changed. Now, brands place value in the quality of followers, not necessarily the quantity.

This is why engagement rates are so important. An influencer’s engagement is a strong predictor of ROI (the higher the better). And, engagement is like the new Instagram currency. It’s hard to fake and it’s incredibly valuable for that reason.

Did you know?
Not all fake Instagram accounts are run by just one person. Sometimes there’s an entire team of people trying to force social media clout. 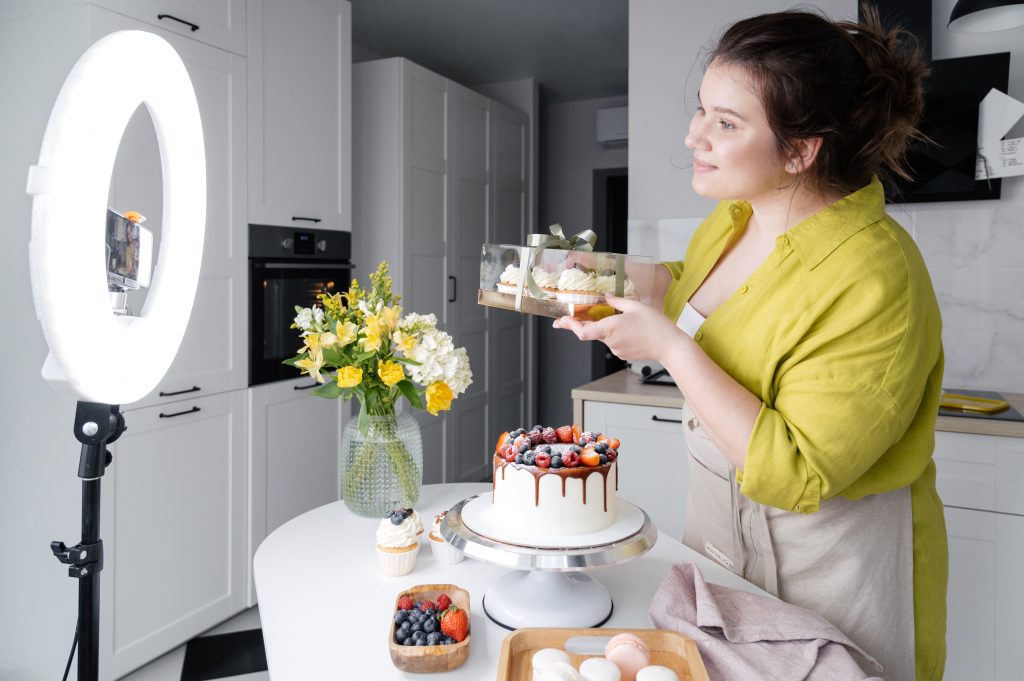 What’s wrong with working with an influencer who has tons of fake followers?

Let’s start by saying that there’s no such thing as an Instagram influencer who has ZERO fake followers. Instagram tries hard to find and get rid of fake accounts, but it’s a tough job because it’s a constant game of cat and mouse.

Influencers with high fake follower percentages are fake influencers. If you collaborate with a fake influencer, you get fake results in return. That’s because imaginary people don’t have the ability to make purchase decisions.

Fake influencers can deter authentic influencers from working with your brand. It’s a sad truth, but a truth nonetheless. Authentic influencers invest in curating their profiles and engaging with their followers. This takes a lot of time and effort. So if they partner with a brand that’s associated with fraud, it could hurt their reputation. Not to mention, it’s a reputation that took a long time to build.

Influencers use fake followers to trick brands into working with them. It’s deceptive and manipulative, but it works and it’s everywhere. More than half of all influencers on Instagram engage in fraudulent behavior. This includes buying followers or engagement.

None of this is to say that brands shouldn’t partner with influencers because, in reality, they should. It’s a smart move that can boost sales and improve brand awareness. But that’s only true if you partner with an authentic influencer who has an authentic following.

How to spot influencers with fake followers?

There are lots of scammers out there. And honestly, they’re getting faster at outsmarting Instagram’s security checks. It’s important you know how to check for fake followers so you don’t end up partnering with someone you shouldn’t. So here are a few ways to spot fake followers from a mile away:

If you don’t have an audit tool at your disposal, you can run some checks “by hand” to spot frauds.

If you’re dealing with lots of influencers or high follower counts, you’re going to need an audit tool. These tools help brands and marketers quickly confirm Instagram influencer data like:

Plus, it’ll help you discover whether you’re dealing with a real influencer with some fake followers.

… or a fake influencer altogether …

You can also use the checklist below to verify an influencer’s authenticity:

What to do if you find a fake influencer:
If you identify any scammers, fake influencers, and so on, keep a list. This will save you time with each campaign moving forward. Make sure you include their username and a reason why they’re blacklisted.

How to use a fake follower audit tool

Instagram audit tools like Humanz let you vet influencers and get accurate stats. So if you want to know how ~legit~ an influencer is, you can find out without having to do it all by hand.

For example, you can open up the Humanz dashboard and either:

Either way, you can click on someone’s profile photo in Humanz and scroll through their data to verify them. Here’s how:

And remember, it’s usually best to go for quality over quantity. Nano and micro influencers have fewer followers than macro and mega superstars. But, they also tend to have:

Influencer marketing is about so much more than just follower counts. So use audit tools to your advantage and choose the best influencer for your brand’s campaign.

If you do it right, influencer marketing is a game-changer. Many brands see increased awareness, better sales, and high ROIs. But influencer fraud and fake followers are around every corner and they’re tough to spot. So here’s a recap of what to do:

So verify your influencers. Practice looking for fraud. And research ways to find authentic influencers for your next campaign.

Unleash the power of Valuable Creators. 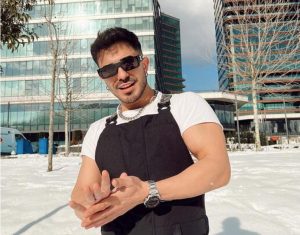 10 Comedy Creators Worth Following in Turkey

This website uses cookies to improve your experience while you navigate through the website. Out of these cookies, the cookies that are categorized as necessary are stored on your browser as they are essential for the working of basic functionalities of the website. We also use third-party cookies that help us analyze and understand how you use this website. These cookies will be stored in your browser only with your consent. You also have the option to opt-out of these cookies. But opting out of some of these cookies may have an effect on your browsing experience.
Necessary Always Enabled
Necessary cookies are absolutely essential for the website to function properly. This category only includes cookies that ensures basic functionalities and security features of the website. These cookies do not store any personal information.
Functional
Functional cookies help to perform certain functionalities like sharing the content of the website on social media platforms, collect feedbacks, and other third-party features.
Performance
Performance cookies are used to understand and analyze the key performance indexes of the website which helps in delivering a better user experience for the visitors.
Analytics
Analytical cookies are used to understand how visitors interact with the website. These cookies help provide information on metrics the number of visitors, bounce rate, traffic source, etc.
Advertisement
Advertisement cookies are used to provide visitors with relevant ads and marketing campaigns. These cookies track visitors across websites and collect information to provide customized ads.
Others
Other uncategorized cookies are those that are being analyzed and have not been classified into a category as yet.
SAVE & ACCEPT